April is coming, with time for silliness. Somehow the total foolishness of April Fools’ Day feels exactly right after the long dark winter. You might want to check last year’s April Family Fun post for links to silly experiments, amazing fake foods, or clown make up. Or maybe this year you’d like to write some jokes!

Joke writing is fun, but it also can be serious business. Writing jokes can teach students about word play, and about drafts and revisions. The website Just Kidding features jokes written by kids for kids, but it also includes teacher resources for thinking through the process of joke writing.

You might get started by thinking about the word play involved in knock-knock jokes. There are lots of online collections (here’s another) to inspire you. You can see that key to many of the most successful knock-knock jokes are words or phrases that sound similar but shift the meaning in silly ways. For example,

Let us in and you’ll find out. 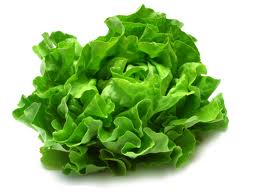 The similar sounds of “lettuce” and “let us” allow for the joke.

Other kinds of silly jokes can also build on similar sounding words, or words that can have multiple means. For example: “Where do tadpoles changes? In the croakroom, ” or  “Why did the bicycle fall over? Because it was two-tired.” Sometimes silly jokes build on a word or phrase. For example, “Where do Hamsters come from?” “Hamsterdam.” (OK, I said it was silly!)

If you or your students would like to try writing your own silly jokes, start by thinking of a general topic—for example, I’ll try writing a joke about vegetables. I can make a list of vegetables, and then think about what other meanings or extensions those words bring to mind.

Or maybe I could try a knock-knock joke.

Been waiting out here too long, open the door!

Are any of these great humor? No. But they did get me thinking about word play. And if done in the classroom, they could provide a good chance to try multiple options, experiment in further drafts, and finetune the products. And isn’t that how any good writing gets started?

Older students could investigate the more sophisticated wordplay involved in puns (if it is good enough for Shakespeare….) and try writing some. Or have older students read or listen to NPR’s Fresh Air interview with cartoonist Bob Mankoff to hear what he thinks makes cartoons funny. You might want to take a look at last year’s post about comedy across the curriculum.

April is a great month for jokes and joke-writing. If your students write some, I’d love to hear them!