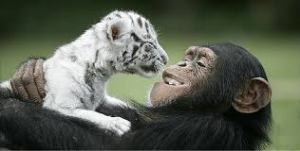 Emotions and creativity seem always entwined. Our creativity can be affected by our moods, our confidence, and our ability to deal with frustration. New creative products can feel personal and touch a tender part of our hearts, whether they be a new painting or a new business strategy. I can’t think of an instance in which creativity is sterile and lacking emotion.

But what about emotions as a subject for creativity? Can individuals be creative with their emotions, as others might be creative in writing or inventing? Ivcevic et al. (2017) suggest it is possible. They postulate that creativity in the domain of emotions has three aspects: emotional creativity, creative communication of emotion, and creative emotion regulation. Just as creativity requires novel and appropriate responses to the ideas at hand, emotional creativity requires the production of novel and appropriate emotions in a given situation. The authors are clear that novelty alone is not enough; novel emotional responses can also be a signal of psychopathology—think, for example, of the horror story villain who laughs at his victims’ fear. But if a novel emotional response resolves an issue or builds a relationship, it can be both unique and appropriate. For example, a parent, faced with a budding artist who has decorated the wall with marker is better off with a flexible range of emotions available rather than jumping to a quick response. In addition to the obvious frustration or anger, there might be laughter at the variation in intended décor, or even pride in the artistic skills portrayed. More than likely, an emotionally creative person might feel more than one of these at once.

Creative communication of emotion might be most evident in creative writing, but it can also be important in performing arts. An actor or musician who is able to find new ways to understand and express the emotion in a work brings something wonderful to a performance. Finally, creative emotion regulation uses flexibility in regulating emotional responses. The parent with the newly decorated wall might need some creative techniques in order to choose from among the possible emotional responses. In one of my friends’ homes, an elementary-aged child was attempting to go down their stairway more creatively than was safe and ended up sliding down head first and banging his head into the wall. Fortunately for him, the wall was more flexible than his head, so he was fine but the wall sustained a substantial dent. Rather than attempt a wall patch, which was not immediately possible, his mother hung a frame around the dent and declared it to be art. Mother and child were both able to laugh and the frightened/angry feelings evaporated. That’s creative emotional regulation!

It is interesting to think about how we might support students in creative approaches to emotions, particularly creative expression and regulation of emotions. One way to begin, I suspect, is simply to talk about emotions. Students can’t be creative in expressing emotions until they are able to understand and name them. There are a variety of “wheels of emotions” online that can be used to develop and emotional vocabulary, both about students’ own emotions and those that are expressed in art and literature. Thinking about the precise word(s) that would describe the emotions evoked by a painting, story, or scene from a play is a step toward trying to create something that 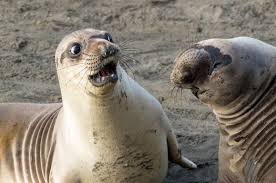 Being creative in emotional regulation is a skill that can be very useful in classroom settings. In social-emotional curriculum, it is fairly common for teachers to talk to students about self-control and emotional regulation. It is less common to suggest creative strategies for doing so. If you are teaching general strategies for, say, dealing with boredom or anxiety, you might brainstorm additions or elaborations. For example, if suggesting students take a deep breath, what might they imagine as they are breathing? Would they feel calm imagining themselves able to breath underwater? Smelling a rain forest? What are other strategies for helping their bodies relax? Since brainstorming allows and encourages far out responses, some of the ideas might not be workable, but they could lead to useful ideas, or simply to the notion that creativity can also be used to help us deal with the emotions of daily life.

What do you think about the idea of creative emotions? I’m still thinking, but it seems that helping students think about emotions as something they can use creativity—rather than something that just happens to them—might be a good step toward emotional regulation and creativity simultaneously. And what’s better than two benefits at once?