In my last post, I began thinking about The Henry Ford’s Modeli for innovation, and particularly its Habits of an Innovator, as they express social and emotional characteristics associated with innovation. Thinking about the first one, “Be Empathetic” was straightforward and I could easily envision how it could be be taught and supported in schools. But as I reviewed the others, one stood out as particularly daunting, “Challenge the Rules.” As a former elementary school teacher, I could envision all too well what might occur if I suggested that my students challenge the many rules that surround them during the school day. Oh my. On the other hand, I also know that many times the creative process requires that we rethink the “shoulds” or the “we already knows’ in a situation in order to look at it differently.

I concluded that, with great respect to the Henry Ford team, I’d suggest a replacement phrase: Invent new rules. I can imagine myself talking to young people about how we can tell when a rule isn’t working and when it can be helpful to invent new rules. Young children could talk about playground games. Perhaps a game might need new rules when there aren’t enough children to play the usual way, or the space is too small, or they just want a change. And the truth is, there are times when school rules also need to be examined to see what works and what does not. Changing the rules often is key to creativity and progress.

not break rules willy-nilly. They knew and understood the conventions of the time and made a clear choice that the rules did not work for the art they were envisioning. They needed new rules. A recent blog post from Clickin Moms suggested a perhaps-parallel process for breaking rules in photography. The author was clear, “We hear often that “you have to know the rules before you can break them.” I’d take that a step further, arguing it’s not just “what” and “how” but also “why.” You need to know the REASON for the rules of photography and design in order to break them effectively.” The post is full of interesting suggestions for ways to break traditional rules to create specific effects.

It is interesting to consider what breaking—or creating new—rules effectively means. One criterion could be that it is with purpose beyond simple chaos or rebellion. Effective protests often break rules in order to gain attention. Certainly, the early civil rights lunch counter sit-ins required a new kind of rule. Recently I read a research study that found that workers who described themselves as willing to break corporate rules were more creative than those who were not. But, importantly, the questions they were asked were not about illicit smoking or staying late during breaks. They asked if the workers were willing to break the rules in order to do their work more efficiently. Anyone who has every worked in a place with more-than-a-few unnecessarily controlling rules can easily envision how those willing to bend them a bit may be able to be more creative and more effective. They just need new rules. 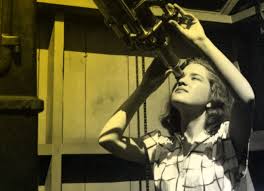 Finally, students could study ways rules and understandings change in science. Misunderstandings about the processes of science have become very clear in the mask disputes that have marked the 2020 pandemic. Some of used changing recommendations of scientists as evidence that science is unreliable and not-to-be-trusted. Of course, the opposite is true. Science, when it works, is constantly changing as new data emerges. One story that makes that point is the story of physicist Vera Cooper Rubin, found (among other places) in Born Curious: 20 Girls Who Grew Up to be Awesome Scientists. Along with astronomer Kent Ford, Vera Rubin was working on mapping the distribution of matter in the galaxy when they realized that the data they were collecting didn’t fit the rules of physics outlined by Isaac Newton or Albert Einstein. The more data they gathered, the clearer it became: they needed new rules. From those observations, Vera Rubin was able to hypothesize invisible matter whose presence would explain the data—what is now known as dark matter. One final story suggests Vera invented new rules whenever she needed them. She was the first woman ever allowed to use the telescope at the Mount Wilson Observatory. When she arrived, there was no women’s rest room available. Vera solved the problem by cutting a paper skirt shape out of paper and pasting it over the male silhouette on the door. Voila! A women’s rest room.

Teaching young people that an important attitude associated with creativity involves challenging existing rules can, in itself, be a challenge. But seeking new rules is part of the way the creative process moves forward. So, here’s to the new rules!