The important thing is not to stop questioning. Curiosity has its own reason for existing. Albert Einstein

I think, at a child’s birth, if a mother could ask a fairy godmother to endow it with the most useful gift, that gift should be curiosity. Eleanor Roosevelt

Curiosity is at the root of so much that matters—learning, investigating, creating. When we think about important questions about curiosity, we might wonder

Are all children born curious?

Why does curiosity seem to diminish as children grow?

How can schools support students in maintaining their curiosity?

Recently I read research by Todd Kashdan* and colleagues that added another question to the list:

How are students creative? Are they all creative in the same way? 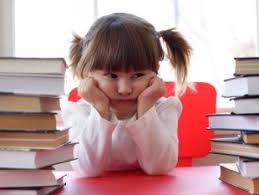 Kashdan and colleagues have been investigating the ways different people are creative, using a scale that measures five dimensions of creativity. Using that instrument they identified four types of curious people. Those described as the Fascinated fit many traditional images of a creative person. They are inquisitive and social, finding joy in exploring and being “in the know.” But the researchers identified individuals who experienced curiosity in other ways. Problem solvers were independent, hard working and tenacious in working on problems they believed important. They love to learn while working on problems and were more interested in solving problems than understanding people. In contrast, Empathizers loved learning more about people. Empathizers tended to be observers rather than diving into the middle of a group. They also tended to be more anxious and introverted, particularly when compared with the Fascinated. The final group of people, the Avoiders, were the least curious, the most stressed, and the least confident. They are uncomfortable in difficult situations and have the fewest interests.

Of course, this is the first large-scale research published using the Dimensions of Creativity Scale, so much is still to be learned. One issue that struck me was that the groups differed by both income and education levels. Can you guess how? The Fascinated group was the most educated and the most affluent, with the broadest social concerns around issues such as the environment. The Avoiders were the least affluent and the least educated—in addition to the most stressed. It makes me wonder how life experiences impacted the ways adults experienced creativity. It is easy to envision ways in which high stress situations could discourage an individual from exploring with joy.

We don’t yet know for sure how any of this relates to young people. If—as I would hypothesize—young people need joyful experiences with exploration to become joyful explorers, how will that happen? Some of our students live in environments in which free joyful exploration is neither safe nor wise. So, how will we do that in school? Perhaps one way to begin is to remember that as we encourage students to ask questions, or explore content in new ways, we are teaching more than one thing. We are teaching content, to be sure, but we are also teaching that—at least in the safe

space we are creating—exploration can be interesting and fun. That will be an easy lesson for some students, particularly those from affluent highly-educated homes with “Fascinated” parents. But for other students, the path to curiosity is more threatening, and may run counter to the very logical norms in their homes or neighborhoods. For a parent working two jobs to support a family, a Problem Solving stick-to-the-problem-at-hand approach to curiosity could be very reasonable. For those who have endured years of toxic stress from any number of sources, the caution and stress-avoiding strategies of the Avoiders could come most easily. Only with repeated experiences demonstrating that school explorations are both safe and enjoyable, might students with begin to trust that the attitudes of the Fascinated can lead to interesting things.

There are so many questions left unanswered, but the study has left me—yes—curious. And in the absence of additional evidence, we’ll need to move forward with logic and our best judgment. For me, that means thinking about all the ways I can help students experience exploration as a joyful thing. We don’t know, but it might help.