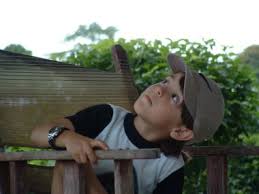 It seems questioning is in the air. Years ago, when I talked about helping students ask questions I was often met with “And when do you think we have time to do that?” stares. And given our educational climate, there were good reasons. But times shift. I’m told that my naturally curly hair is going to be the “next big thing.” Perhaps questioning will be as well. My mailbox and professional readings seem to be increasingly filled with references to the importance of curiosity, questioning, and creativity. Halleluiah!

Not long ago I wrote about Warren Berger’s book, A More Beautiful Question. This month I read an interview in which Berger suggests five ways to help students be better questioners. For the full story, click the link above, but for the short version, here are the five suggestions.

“The key thing is it makes questioning the point of the activity, and that is rarely the case,” Berger said. “The point is always to get to the answer.” Asking good questions takes practice. The Right Question Institute offers protocols to get students questioning, but teachers shouldn’t expect kids to immediately be good at it.

And questions can make people uncomfortable, especially when they hit on something true. “If you are a questioner, you are going against the grain,” Berger said. “That could appeal to young people.”

Students could also approach the issue with “why” questions to dig into it, then start asking “what if” questions to open up their imaginations and finally “how might we” questions to begin coming up with solutions. “How might we” is a more invigorating and creative questioning tact that “how could we” or “how should we” prompts, which tend to have more judgment in them.

Additionally, teachers can create structures in their classes to reward questioning. Perhaps there is a best question of the week, where students get to vote on one another’s questions. Or maybe there’s a bonus question on a test that is itself a question: “What question should have been on this test, but wasn’t?”

Educators could follow Carlin’s lead and spend some time one day a week looking at a common object or idea and pushing students to ask questions about it as if they’ve never seen it before. “If you can instill this habit of mind in kids, this is the key to success for innovators,” Berger said.

What a great list. And there’s more to share another day. But for now, look at the list. Look at your classroom. Then pick one thing you can do more—or less. It’s a good place to start.

And if you are curious about Carlin’s “vuja de,” well, take a look.